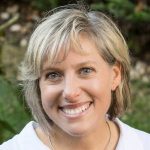 Erica Weiss, a former board member in the early 2000s, is excited to make her return to CREATE. She has over 20 years of experience as a writer/editor focused on public health, medicine, and small business. With her expertise in clarifying complex health, medical, and science-related topics with organized, clear, and friendly language, Erica has worked with a wide range of organizations and companies across the country. With additional background in research and education, she has worked to develop everything from cookbooks to websites, podcasts, and e-learning programs. Erica serves on the board of the Maryland Public Health Association and as Co-Chair of their Advocacy Committee. She is an enthusiastic ceramic artist, cyclist, and activist for smart green initiatives in her community and at her daughter’s school. 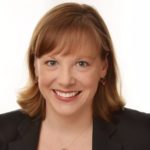 Melanie Fonder Kaye founded the strategic communications firm MFK Strategies in 2014. She is an experienced communications strategist, writer, and former Director of Communications to Dr. Jill Biden. Before that, Melanie was a vice president at GMMB, where she helped create real and lasting change through advocacy and communications for a variety of progressive issues and clients. A Wisconsin native, she also served as press secretary to former Governor Jim Doyle. She is a co-author of The Complete Idiot’s Guide to American Government and was a reporter covering politics and government for The Hill newspaper in Washington, D.C., The Green Bay News-Chronicle, and the political news service WisPolitics.com. 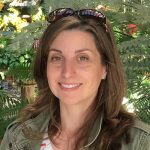 Diana Farina-Borlase has over a decade of financial services experience as an accountant for KBS, a CFO services/accounting firm. She has worked with a wide range of small business clients and is currently pursuing her CPA license. She likes the technical aspects of her work, but equally enjoys the interactions she has with her clients and team. Prior to her work as an accountant, she spent ten years as a certified urban planner working on Smart Growth initiatives and regional demographic forecasting and planning for the Metropolitan Washington Council of Governments. She holds a Master’s degree in Urban Planning from the University of Michigan. She was first introduced to CREATE Arts Center when she and her two children began taking family pottery classes several years ago. When she is not spending time with her family and friends, she is a beginning beekeeper and avid gardener. 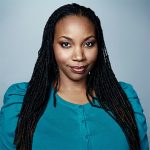 Lima Abdullah is a veteran national political journalist with more than 20 years of experience covering politics and government at the local, state, and federal level. She currently serves as the Executive Editor for Social Studies and News at Newsela, one of the nation’s premier online K-12 education sites. She previously led online Washington coverage for ABC News and online government coverage for NBC News. Previously, she was a content editor for Bloomberg Government. She has also reported for the Dallas Morning News, CNN.com, and Newsday and was a Washington correspondent for McClatchy newspapers. She’s also written for MSNBC.com, thegrio.com, TODAY.com, and The New York Times, among other news organizations. She taught undergraduate level English, creative writing and journalism at Brooklyn College and John Jay College in New York and the University of the District of Columbia in Washington D.C., undergraduate journalism courses at the University of Maryland in College Park, MD., and graduate level journalism courses at American University in Washington D.C. She is also the vice president for administration at the Montgomery County Council of PTAs (MCCPTA) and the Service Unit Manager for Girl Scouts‘ region 34-8. 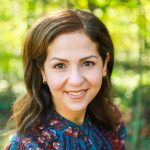 Camellia Jacobsis the founder of JJ Homes, an interior design firm based in Kensington, Maryland. Before that, she enjoyed a 20-year career working with clients as a Family Law attorney, mediator, and Collaborative Law practitioner, and also taught Family Law and Externship Seminar courses as a professor at American University, Washington College of Law. She is currently studying interior design at Parsons School of Design. Through her current design studies and previous work with individuals and families experiencing difficult transitions, she has a deep appreciation for how the arts and our visual environments impact our health and well-being. She is a graduate of Tulane University, where she and her husband met. They enjoy traveling off the beaten path with their two sons.

Tom Jacobson has lived in the DC area since moving here from New York City in 1985. He has been active in local volunteer organizations, having been PTA president of Rolling Terrace Elementary, Eastern Middle, and Montgomery Blair High schools. He currently volunteers with the American Legion in Silver Spring. Tom has worked for Geico insurance company for over 30 years, moving through customer service and systems analysis positions to his current role as project manager, in which he focuses on agile software development coaching. He lives in Silver Spring with his wife Marie Broussard and his two girls, Liv and Julia. 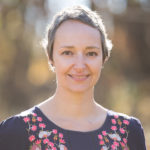 Cassandra McKeeis the Interim Program Director for the Children’s Economic Security Program at Wellspring Philanthropic Fund. Prior to joining Wellspring in August 2014, Cassandra spent 17 years advocating for economic justice for women and families and developed expertise in field and campaign strategy on a wide variety of issues including expanding health coverage and equitable budget policy. She received her BA in Women’s Studies from Drew University. Cassandra has lived and worked in Washington, DC for over 20 years. She is an active member of the DC Modern Quilt Guild and enjoys creating art with her husband and two sons.